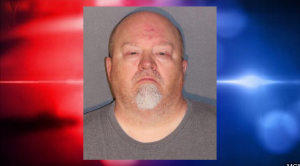 DULUTH, Minn.- The Chisholm man accused of sexually assaulting and murdering Nancy Daugherty in 1986 — in one of the Northland’s oldest cold cases — now faces the highest murder charge from the state.

The St. Louis County Attorney’s Office confirmed Friday that Michael Carbo Jr., 54, has been indicted by a Hibbing grand jury on two counts of first-degree murder.

Carbo Jr. was already charged with the second-degree murder of Nancy Daugherty in Chisholm back in 1986, when he was just 18 years old.

He was arrested in 2020 with the help of DNA analysis, bringing an end to a case that remained unsolved for more than 30 years.

According to the criminal complaint, Carbo’s DNA was found on Nancy Daugherty’s fingernails and vaginal swabs taken from her the night of July 16, 1986 when she was sexually assaulted and strangled inside her Chisholm home after midnight.