Webster was convicted of First-Degree Drug sale in 2021, which prohibits him from possessing a firearm, investigators said. 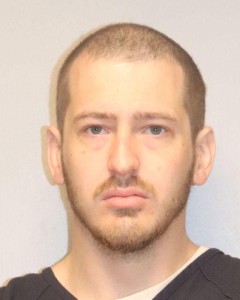 ST. LOUIS COUNTY, Minn.- A 29-year-old man from Esko has been charged with assault and possession of a firearm, arrested after a man from Wrenshall was found shot in his legs along I-35 Sunday.

According to the criminal complaint, on Sunday St. Louis County Sheriff’s Deputies located a man bleeding on both legs on I-35 just south of the Proctor exit. Medical personnel found the victim was shot twice.

Court documents said Austin James Webster and another woman picked up the victim from the parking lot next to Grandview Golf Course.

They drove to Ormsby Road and parked, allegedly waiting to meet an associate of Webster’s to set up a drug sale.

Investigators said the victim left the vehicle, then the woman in the car accused him of being a cop. After arguments with Webster and the woman, the victim stated he walked away and look back, and saw Webster holding an aerosol can, and “an object that may have been a gun.”

The victim started to run when he felt a sudden pain in his legs, realizing he had been shot, court documents said.

The victim continued running down the road, falling several times, before climbing up the fence that separates Thompson Hill Road from Interstate 35.

At the hospital, according to the criminal complaint, the victim said he felt like he had been maced and that his eyes were burning, and that one bullet left a hole in one leg, while another bullet was lodged in his other leg, “which may never be removed.”

After identifying both Webster and the woman, he stated that Webster shot him, according to court documents.

Deputies spoke to witnesses who reported they saw the two drive away near Spirit Mountain after the shooting, acting erratic and rubbing snow in their faces.

In a parking lot off West Skyline Parkway, deputies located the vehicle they believe to be involved, finding a vehicle title transferred to Webster, and a handgun in the trunk.

Nearby they found a can of bear spray and a campsite “that contained used drug paraphernalia.”

Webster and the woman were later apprehended. According to the criminal complaint, the woman’s story changed several times regarding the events leading up to the shooting, including who used bear spray on who, and who had the gun first.

She said after the shooting she and Webster drove to Spirit Mountain and feeling the effects of the bear spray used in the altercation, they got out of the car and put snow on their faces to wash it away. She then threw the can of bear spray into the woods.

The woman said she hid the firearm Webster used to shoot the man from Wrenshall. That .45 caliber handgun was located in the woods off West Skyline Parkway by Deputies.

Webster was convicted of First-Degree Drug sale in 2021, which prohibits him from possessing a firearm, investigators said.