DULUTH,  Minn. – Boat Club Productions is getting ready to debut “Tuesdays with Morrie” this Friday at the Spirit of the North Theatre at Fitger’s.

Jason Vincent, owner of the Boat Club Restaurant and Productions, is producing the show and joined FOX 21’s Dan Hanger during the 7 a.m. hour of the morning show Tuesday to talk about what people can expect. 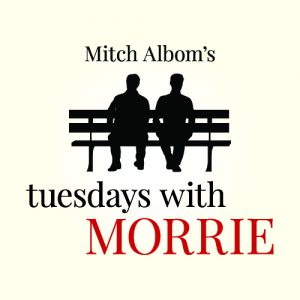 “Tuesdays with Morrie” is “the autobiographical story of Mitch Albom, an accomplished journalist driven solely by his career, and Morrie Schwartz, his former college professor. Sixteen years after graduation, Mitch happens to catch Morrie’s appearance on a television news program and learns his old professor is battling Lou Gehrig’s Disease. Mitch is reunited with Morrie, and what starts as a simple visit turns into a weekly pilgrimage and a last class in the meaning of life.”

Vincent also talked about Boat Club Productions’ Stand Up Comedy series, which is also hosted at Fitger’s.  For ticket information on the next show, click here.