DULUTH, Minn. –  An immediate family member of the five people found dead in a Duluth home Wednesday has confirmed to FOX 21’s Dan Hanger that the suspect in the crime, who was one of the dead, posted a confession on Facebook Wednesday morning about his mental health and that he had decided to kill himself, his aunt, uncle and his nieces. 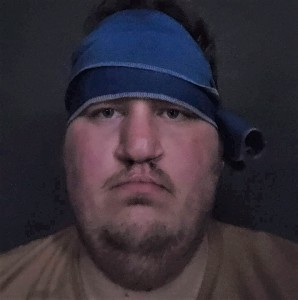 Brandon Taylor Cole-Skogstad, 29, wrote about suffering from mental illness for years, wished he could go back and make better choices in life and would have “ignored the hatred thrown at me by peers for so long.”

His post goes on to say, “I have made the absolutely horrid choice in not only taking my life, but the lives of my aunt, Riana Lou Barry, my uncle Sean Barry, and my two sweet, beyond angelic cousins Sadie Lucille Barry and Shiway Elizabeth Barry (pictured below).

The post ends by saying, “I cannot fathom how I came to this decision, but I do know this. If there is a God sitting in heaven, I wish so much that he grant my family the most peaceful heavenly afterlife possible. If God can truly forgive me, weather or not I ask for it. Weather or not I feel I am worthy, I only ask to tell them all sorry. I truly hope I can learn to accept feelings of love from those that gave it. I love you all and please know I knew you all loved me. I tried my best to fight it. Good bye.”

Police Chief Mike Tusken on Wednesday afternoon said the incident began with the Hermantown Police Department getting a call for a welfare check in Hermantown at 11:18 in the morning.

Then around noon, Duluth police officers were called to a home at 715 E.12th Street in the East Hillside neighborhood for a man experiencing a mental health crisis.

It turned into a larger police presence when officers learned that the man may have had weapons with him.

“Eventually, the Duluth Police Department was able to enter the home and locate five deceased people, and a deceased dog,” Tusken told reporters Wednesday while calling the crime an “unimaginable tragedy.” 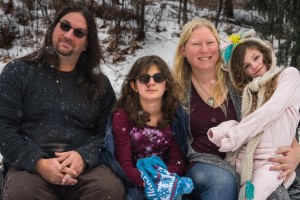 Picture of husband, wife and their two kids who were among five relatives found dead in a Duluth home Wednesday. Photo courtesy of male victim’s sister.

Tusken told Hanger he has never been called to a scene with five people dead in his 30 years with the Duluth Police Department.

“Things happened today that can’t be undone. Tonight we are a community in pain and shock, sharing a sorrow for the loss of our people. Thank you to the first responders who answered the call. My heart, like yours, absolutely hurts for the pain of loved ones and the fear people likely experienced on their final day here with us.”

The following press release was issued at 3 p.m. Thursday with additional information and names of the victims:

Duluth Police provide determine East Hillside a murder – suicide
[Duluth, MN] Just after 12:12 p.m. yesterday, April 20, the Duluth Police Department responded to the report of an individual experiencing a mental health crisis. The call had originated just after 11:18 a.m. in Hermantown as a welfare check. Hermantown Police was dispatched to the 4100 block of Timber Lane Drive to check in on Brandon Taylor Cole-Skogstad. After a search, Hermantown Police were not able to locate or make contact with Cole-Skogstad.
After additional outreach, Hermantown Police made contact with a family member who provided information that Cole-Skogstad had sent a message saying that he intended to harm himself and other family members. It is believed that the message that had been sent to the family member was later posted on a public social media page. At that time, the Hermantown Police Department contacted the Duluth Police Department to tell them of the situation, and provided a Duluth address that Cole-Skogstad’s aunt and uncle owned on the 700 block of East 12th Street.
Duluth Police officers had received additional information that Cole-Skogstad had access to a weapon. At 12:29 p.m. Duluth Police officers approached the home, knocked on the door and officers heard what they believed to be a single gunshot. Duluth Police did a tactical retreat and requested mutual aid from the Superior Police Department, and the St. Louis County Sheriff’s Office to assist with securing the scene.
Shortly after 3:00 p.m. Duluth Police were able to enter the home after using robots and drones to assist with the searching the premise. Despite these efforts, areas of the residence were unable to be secured through this method and had to be searched by members of the Duluth Police Department Tactical Team. Officers found a total of five bodies including the suspect and a family dog.
After a preliminary investigation, Duluth Police believe that the suspect is responsible for the death of four victims and the family canine. The cause of death is from apparent gunshot wounds while the victims were sleeping. Officers believe that this incident is a murder – suicide. A single weapon was found in close proximity to the suspect.
Both Police Departments from Hermantown and Duluth searched 911 call history to determine if there had been any previous calls indicating a pattern of behavior or concerns regarding the suspect. There were no calls to indicate any previous concern.
The names of the victim and the suspect were withheld yesterday due to needing to notify next of kin and to receive the cause of death from the medical examiner’s office. The victims are all from Duluth.
The victims’ names are:
Riana Lou Barry, DOB 6/17/1977 (Age 44)
Sean Christopher Barry, DOB 10/26/1974 (Age 47)
Shiway Elizabeth Barry, COB 7/17/2009 (Age 12)
Sadie Lucille Barry, DOB 6/19/2012 (Age 9)
“The entire Duluth Police Department would like to offer our heartfelt condolences to the Barry family, to those who knew them, and the East Hillside neighborhood,” Duluth Police Chief Mike Tusken said.
The suspect’s full name is Brandon Taylor Cole – Skogstad. He was born on February 1, 1993. The suspect was 29.
“Incidents like these shake our sense of safety as a community and the region as a whole,” Chief Mike Tusken said. “In my 30 years of policing, I have never seen anything like this. Sometimes people forget that the officers and investigators responding to the scene have families too. This is devastating for them to respond to, to see, and to process afterwards. I cannot thank the members of our team enough for their service, and for their care for this community.”
The Duluth Police Department provides the following services to its employees: Peer Support, Employee Assistance Program, and professional psychological services, and chaplain services. These services include one-to-one counseling, and crisis incident stress debriefing.
The Duluth Police Department would like to thank our partnering agencies that assisted with the call.
“On every level, this incident is deeply painful for our community,” Mayor Emily Larson said. “Especially impacted are the neighbors of East Hillside and first responders. Thank you to neighbors for taking good care of one another and for knowing the beautiful parts of the Barry family. Thank you to DPD for answering the call of public safety. I’m sorry for what you experienced, which is deeply traumatic. As a parent and member of a family, it is wrenching to consider what the Barry family might be feeling. There is only loss to every part of this story. To the Barry family: our community mourns with you and we share in your pain. Because your loss is our community’s loss.”
This is still an active and open investigation. No additional information is available at this time.
Categories: Crime, Minnesota, News, News – Latest News, Public Safety