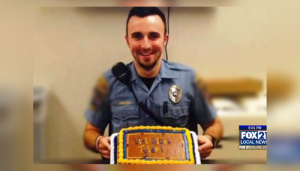 DULUTH, Minn.- A St. Louis County jury found Duluth Police Officer Tyler Leibfried not guilty of second-degree assault and intentional discharge of a firearm Friday, regarding an incident in September 2020 when he shot unarmed Jared Fyle through the closed door of his apartment.

According to a representative of the St. Louis County Attorney’s office, they do not agree with the jury’s verdict.

“We appreciate the hard work and attentiveness of the jury throughout these proceedings. Ever since receiving and reviewing the results of the investigation in this case, it has been our
conclusion that Officer Leibfried’s use of deadly force against Jared Fyle on September 12, 2020, was not reasonable under the circumstances,” County Attorney Kim Maki said in a press release Friday.

The jury deliberated for three hours, Maki said. “Guided by the law and the facts, our office prosecuted the charges as we would any other case and presented that case to a jury of Mr. Leibfried’s peers.” 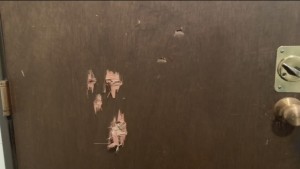 This comes after a prosecutor told jurors the defendant repeatedly fired his weapon even as he heard the victim begging for his life.

Prosecutor Aaron Welch told jurors Tuesday during opening statements that Officer Tyler Leibfried had time to think and made a choice to shoot, again and again, injuring Jared Fyle.

But Leibfried’s attorney, Paul Engh, told the jury the officer was defending himself against what he believed to be the sound of gunshots.

According to the criminal complaint, Leibfried is accused of firing his weapon six times through the door of Fyle’s downtown apartment of Kingsley Heights Apartments on West First Street, during a domestic assault call.

Fyle was struck one time in his back.

The complaint says one second after the first four shots were fired and before the final two shots, Fyle is heard on body camera video yelling “Stop, stop, stop” and  “Stop, please stop. Ow.”

The woman involved in the argument told police on scene before the shooting that she was not assaulted, according to court records.