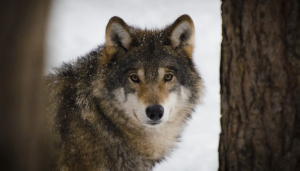 The congress is an influential group of sportspeople who advise the state Department of Natural Resources on policy.

The congress holds a survey each spring asking respondents for their thoughts on a host of outdoors-related issues.

This year’s survey was conducted online earlier this month. One question asked if the respondent supports holding the wolf population to 350 animals.

The question comes as the DNR is revising its wolf management plan.