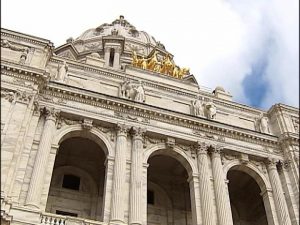 ST. PAUL, Minn. (AP) – Both chambers of the Minnesota Legislature pushed through a bill to give bonuses to workers who were on the front lines during the COVID-19 pandemic and to replenish the state’s unemployment insurance trust fund following months of negotiations, and Governor Walz signed it into effect on Friday evening.

The final proposal includes $2.7 billion to refill the trust fund and $500 million in bonuses of about $750 each for people whose jobs were deemed essential and who worked in-person.

Lawmakers hope to get the bill passed and signed by Gov. Tim Walz before a Saturday due date for employers who’ve received higher tax bills.