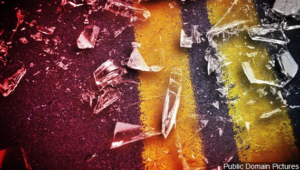 MIDWAY TWP, Minn.- A woman is dead, and two others are injured after a crash in Midway Township Friday, caused in part by heavy fog and speed, authorities said.

According to a spokesperson with the St. Louis County Sheriff’s Office, authorities responded to a report of a 2 vehicle crash near the intersection of South Ugstad Road and Ugstad Junction in Midway Township around 8:50 a.m. Friday.

Investigators said it appeared a 48-year-old woman was going eastbound on Ugstad Junction, with an 11-year-old boy in the vehicle.

As she turned northbound on Ugstad Road, investigators said, a vehicle driven by an 18-year-old man traveling south on Ugstad Road T-boned the woman’s vehicle.

The crash killed the woman. The 11-year-old boy was taken to Essentia Health Duluth and is currently stable with non-life-threatening injuries.

The 18-year-old who struck the woman was transported to St. Luke’s with stable, non-life-threatening injuries.

According to the spokesperson, “heavy fog in the area and speed appear to be contributing factors.”