DULUTH, Minn. – It’s one of the newest classes of naval ships for the United States, and for the first time it is here in Duluth for its commissioning.

The USS Minneapolis-Saint Paul is one of over two dozen littoral combat ships, designed to work close to shorelines. 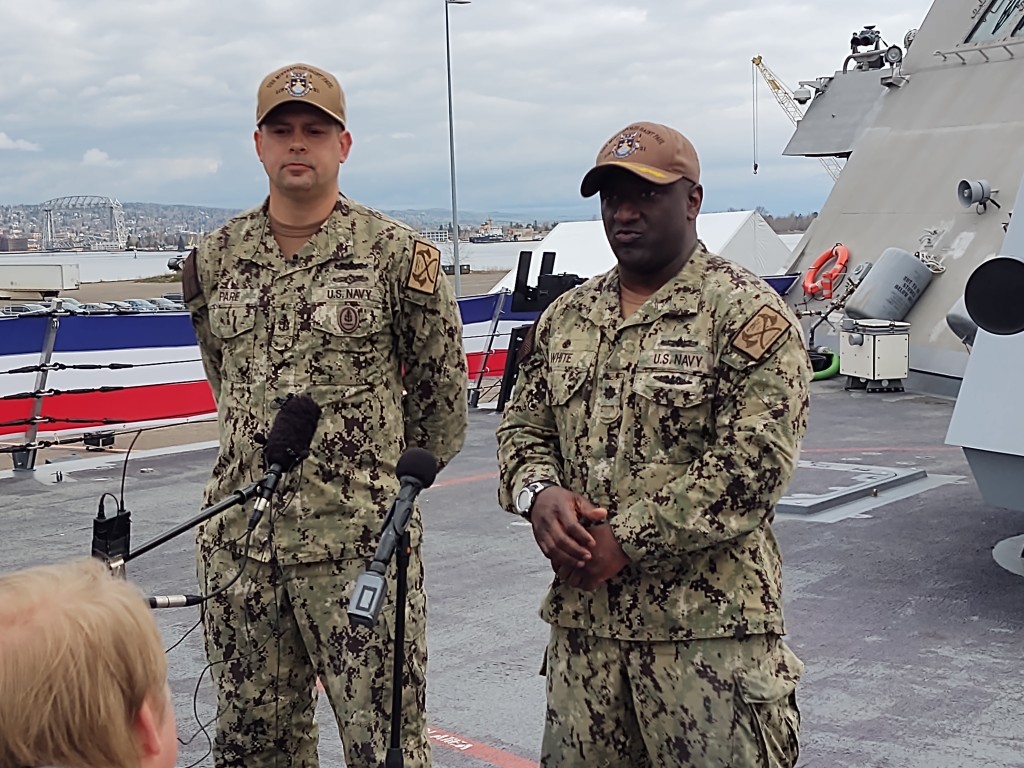 “Anything from 25 miles into shore,” says Commander Alfonza White.  “We have a shallow draft, and we’re design to exploit those areas around the world.  Now what that details is what our commanders and chief dictate.”

This ship can work close to shore thanks to its propulsion system.  Instead of using propellers and rudders, it uses water jets and buckets to move the same amount of water in an Olympic-size swimming pool every second.  It can reach speeds over 45 miles per hour, while having the ability to maneuver in directions quicker than many other naval ships.

“It is definitely cool to drive,” says Commander White.  “Think of a Corvette on a dragway.” 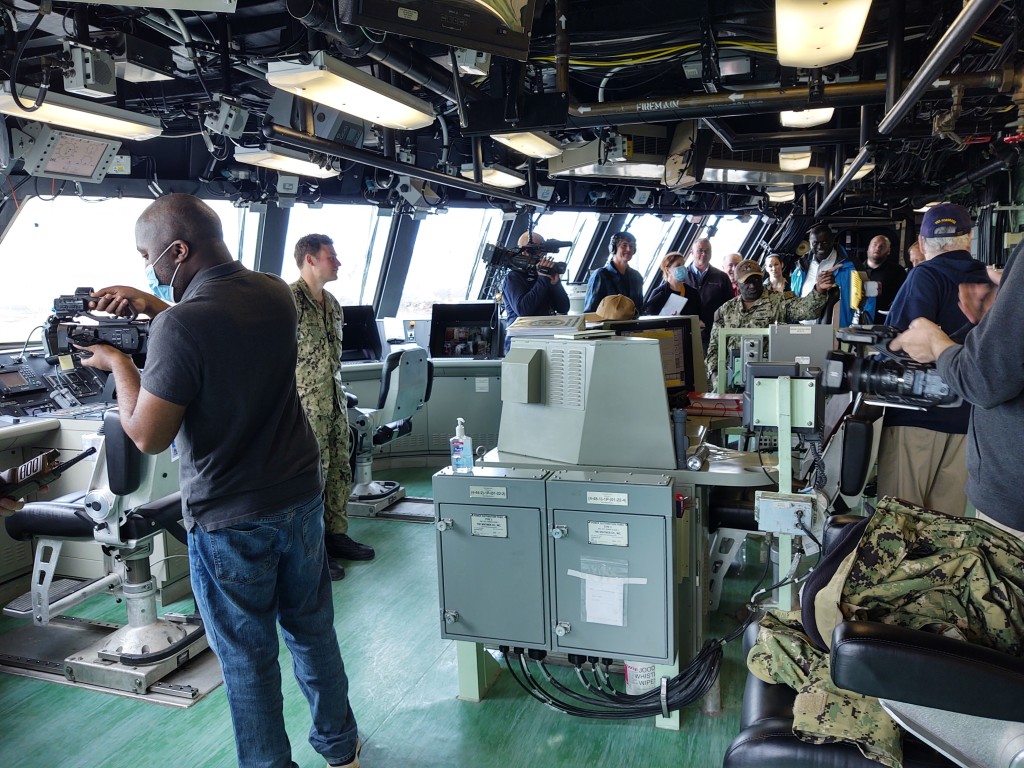 A view of the bridge inside the USS Minneapolis-Saint Paul

The ship has the fire power to engage if necessary, as well as the ability to store supplies and launch boats, helicopters, and land vehicles.  Commander White says all that will be dependent on what each mission needs, which is decided by commanders and chief above him.  “This ship is prepared up to this point as we are trained to be.  We are trained to sail the high seas, and we are prepared to do so.” 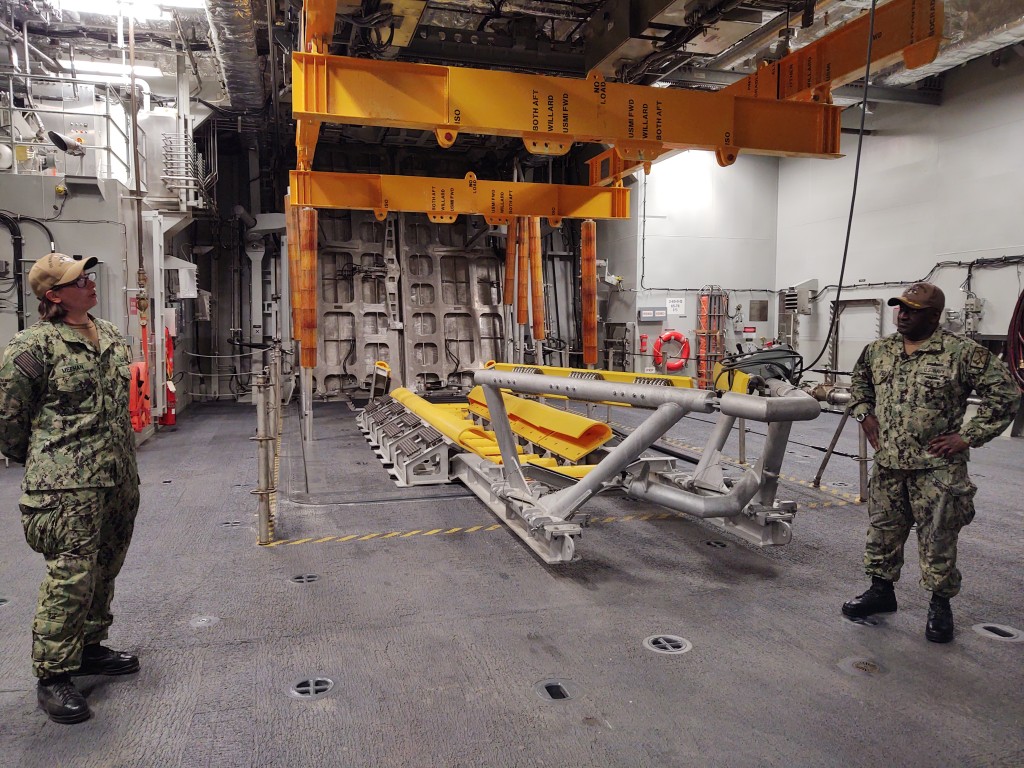 Its crew size is currently at 110 and will drop to 98 once in active duty.  That is about one-third the size of crew one sees in the next size ship.

“Every sailor on board this ship carries their own weight plus some,” says Command Senior Chief Edward Pare.  “We can’t just have anybody on board riding not putting their full commitment every day.”

Chief Pare adds the challenges COVID has presented the past few years has not stopped the crew from working as one, comparing the mentality to a small Midwest town. “This crew has gelled and come together for many years, and it showed during our first transit, and we look for great things to come here in the future from probably the best I have ever served with.” 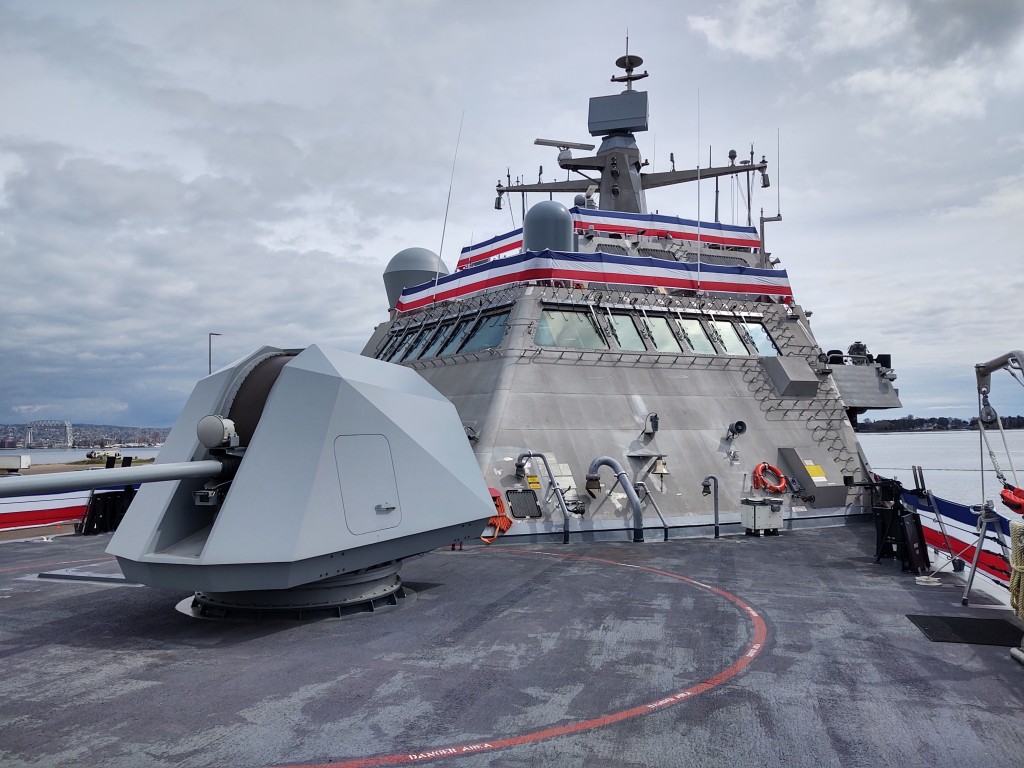 The Minneapolis-Saint Paul spent last week traveling the Great Lakes to reach Duluth on Monday.  Commander White says it was a joy to bring it through the Soo Locks and Lake Superior. As for what it was like to travel under the Lift Bridge? “Going under obstacles such as that with a ship the size of ours is always interesting.  You want to aim for center and you stay there.”

The commission ceremony will take place May 21 at 10 a.m.  Once it’s completed, the crew will be able to enjoy the best of the Twin Ports with their families before them and the ship head out to Florida. 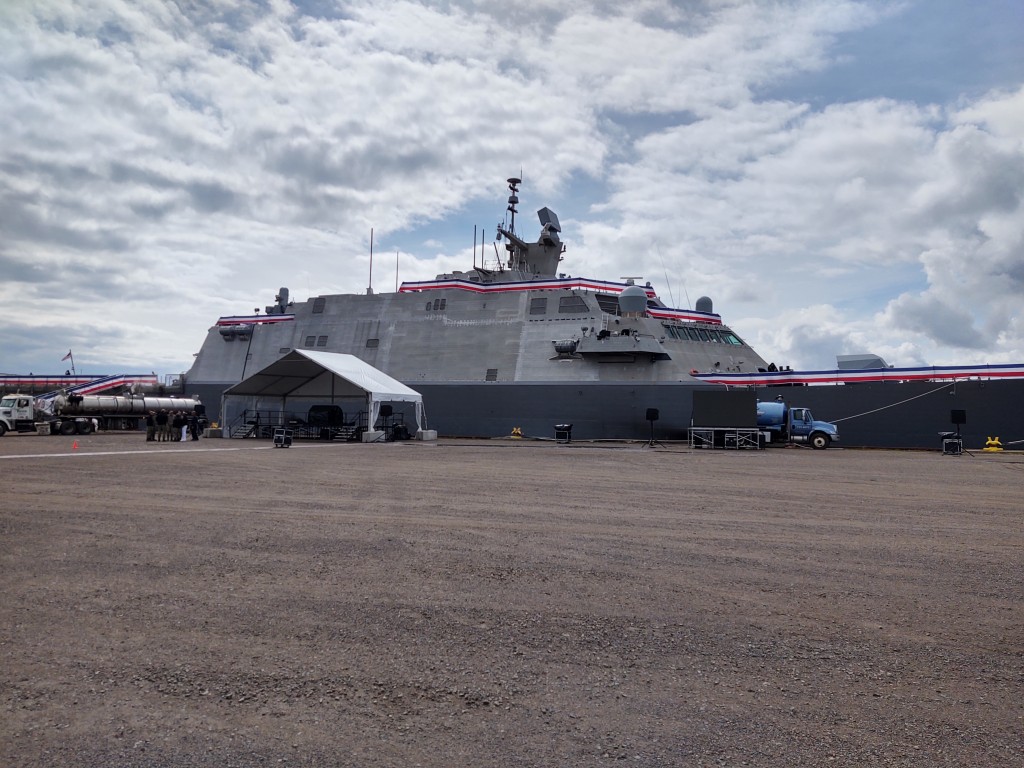 A full view of the USS Minneapolis-Saint Paul sitting in the Port of Duluth May 19, 2022.