TWO HARBORS, Minn. – Two Harbors Mayor Chris Swanson is officially facing a recall election after a unanimous vote by the city council Monday night, except for one vote against, which was from Swanson.

Click here to watch the full council meeting from May 23

The meeting was all but calm, with Mayor Swanson and the public throwing comments at each other several times. 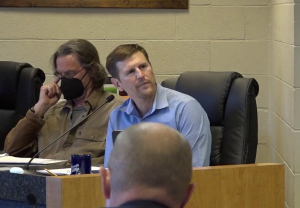 With the vote to recall, Swanson now has until May 31 to resign or face a recall election in early August.

This comes after signatures were collected from more than 500 city certified voters to initiate the recall.

Critics have been vocal over Swanson’s possible conflicts of interest involving the use of his political position to benefit his business interests.

The city attorney has confirmed the allegations to be true in some instances, which he says violates city code.