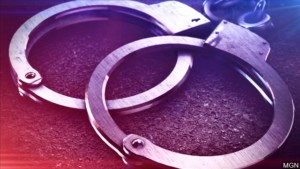 DULUTH, Minn. – A 33-year-old Duluth man is under arrest after a Door Dash driver was robbed at gunpoint Monday evening before police said he stole the victim’s vehicle.

The male victim told people the suspect approached him with a gun during a delivery, and demanded his wallet and keys.

The victim complied and was not injured.

The suspect was booked in the St. Louis County Jail on pending charges of first-degree aggravated robbery, theft of a motor vehicle, and possession of a firearm by a prohibited person.

FOX 21 does not normally name suspects until they are formally charged.