DULUTH, Minn. – Alternative rock band 311 exploded to fame in the 90s with a mix of rock, rap, reggae and funk!  And the band is making a tour stop this Saturday, May 28, at the festival grounds at Earth Rider Brewery in Superior.

Lead singer Nick Hexum, 52, who was born in Madison, Wisconsin, talked with FOX 21’s Dan Hanger about the upcoming show, the history of 311 and how his band stays relevant all these years later. 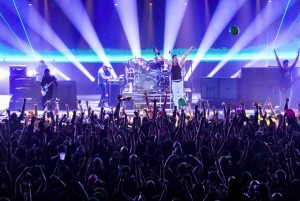