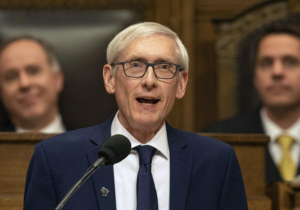 The governor issued the order Thursday.

The order declares that a period of “abnormal economic disruption” exists in Wisconsin and prohibits wholesalers and retailers in the state from charging “unreasonably excessive prices,” defined in administrative code as prices more than 15% higher than prices over the last two months.

The order comes as the United States is facing a shortage of baby formula driven largely by a recall of Abbot Nutrition plant closing in February, which has led to a recall of Abbott formula.