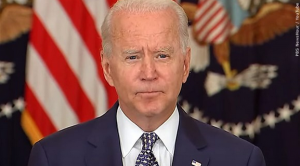 The White House says there was no threat to Biden or his family and that precautionary measures were taken.

After the situation was assessed, Biden and his wife, Jill, returned to their Rehoboth Beach home.

The Secret Service said in a statement that the plane was immediately escorted from the restricted airspace after “mistakenly entering a secured area.”

The agency said it would interview the pilot who, according to a preliminary investigation, was not on the proper radio channel and was not following published flight guidance.