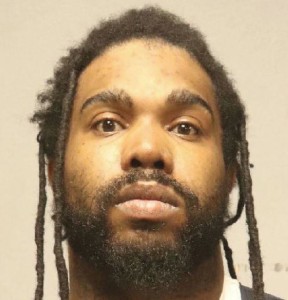 ST. LOUIS COUNTY, Minn. — The St. Louis County Attorney’s Office charged a man for third-degree murder after he sold drugs to a 28 year-old woman who overdosed.

In November, St. Louis County responded to a report of a possible overdose in Midway Township on North Cloquet Road.

The cause of death was later found to be due to the effects of brorphine, fentanyl, morphine, and xylazine (an animal tranquilizer).

The Sheriff’s Office investigators were assisted by the Lake Superior Drug and Violent Crime Task Force (LSDVCTF) as they conducted an extensive investigation into the victim’s death.

Charges were filed against Ware in April and on June 7, he was located after a fugitive investigation took place and taken into custody.

“According to the Minnesota Department of Health, there were 36 opioid overdose deaths in St. Louis County in 2020 (the most recent year for which data is available). This is an increase in deaths of 240% from 2000, when only 15 opioid deaths were recorded in St. Louis County. In 2020, 60% of these deaths involved synthetic opioids such as fentanyl,” according to a report.

St. Louis County says to contact SAMHSA’s 24-hour National Helpline at 1-800-662-4357, if you or someone you know struggles with addiction.