Superior Officer Not Charged After Running Over Man On Road 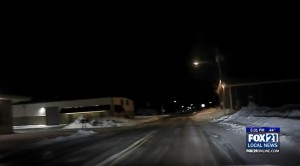 SUPERIOR, Wis. — A Superior Police Officer will not be charged after he ran over a man lying on the road back in February.

On February 19, the officer was initially searching for a car prowler on Tower Ave. At some point he turned off of Tower Ave and hit something he believed was a chunk of ice or snow. Later on, someone called 911 about a person lying in the middle of 8th Street. He returned and requested medical response. He realized he had driven down that same road earlier. He told his supervisor he may have driven over the victim and requested to review the squad car footage.

The whole incident was investigated by the Wisconsin Department of Criminal Investigations through the Department of Justice. The Douglas County District Attorney reviewed the case for possible charges against the officer.

In reviewing the case, it was found the officer was not under the influence, not using his phone while driving, and the vehicle he was driving appeared to be operating normally, at the time of the incident, according to a report.

He also did not have reason to know he was involved in an accident injuring a person at the time it occurred.

The district attorney announced Tuesday that evidence does not support a crime was committed.

Superior Police Chief Nicholas Alexander shared the same statement on Tuesday that he did back in April, which reads in part quote, “I believe the final finding will be that this is a tragic and unfortunate accident and we continue to express our sincere well wishes to the victim of this incident.”