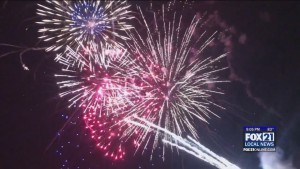 SUPERIOR, Wis. — Superior Mayor Jim Paine said Monday morning that the city’s 4th of July fireworks show and concert are being postponed to a later date because of bad weather.

Paine said a future date will be announced to set off the light show and hear some tunes.

“Well folks, that’s it for the fireworks. The weather will make it impossible to load the barge in time and the island may not be safe with storms rolling in. The parade is still on and we are working on a rain day for the fireworks and concert, hopefully soon. I’ll let you know if we can get that set up. See you on Belknap, bring your coat,” Paine said.

The 4th of July parade, however, was not canceled for 11 a.m. on Belknap Street.