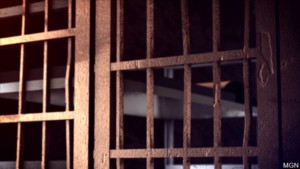 HERMANTOWN, Minn. — The Hermantown Police Department reported they arrested a man with a gun who threatened multiple people Tuesday morning.

In a press release, a 911 caller said a window had been broken on their car, and the man threatened to shoot people inside.

He also allegedly threatened to kill his girlfriend’s dogs.

The caller and witnesses got away from the area safely and met with police nearby, where they shared that there was a pattern of domestic abuse and threats that had not been reported before.

The suspect who is currently on probation, was arrested a few hours later and booked into the St. Louis County Jail.

The man will not be identified until he is formally charged. He is now facing pending charges of terroristic threats, gross misdemeanor domestic abuse, 4th degree damage to property, and two counts of 2nd degree assault, according to a press release.