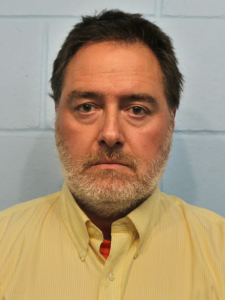 (FOX 9) – The man accused of a stabbing spree that killed a teenager and injured four others has been charged with murder, according to court documents.

Miu’s first court appearance began around 1 p.m. on Monday. Watch live in the player above.

Schuman, a 17-year-old from Stillwater, was killed on Saturday. A statement from his family reads:

“Last night in Stillwater, family and friends of Isaac Schuman gathered on the 14th fairway of Oak Glen Golf Club and released dozens of lighted luminaries in his memory. The rain had just stopped and a bright rainbow appeared in the eastern sky over Wisconsin as if Isaac was telling the group he was ok and he loved them.Isaac was an exceptional young man. An Honor Roll student at Stillwater High, a successful entrepreneur with a rapidly growing car and boat detailing business, and an eye toward the future with plans to pursue a degree in electrical engineering following his senior year at Stillwater. Isaac had also recently caught the golfing bug and used some money from his business to take lessons, buy new clubs, and really work on his game. He was looking forward to trying out for the golf team in the spring.We are shattered beyond comprehension by the senseless and brutal loss of our son, brother, nephew, and friend. We continue to be comforted by the enormous support from our friends in the Stillwater community and we appreciate your prayers and compassion for Isaac and the family.”

How law enforcement and EMS responded

St. Croix County Sheriff Scott Knudson said people started calling 911 to report the stabbings at about 3:45 p.m. on Saturday. Emergency responders arrived to find that five people were wounded and that the suspect had fled the scene, which was by milepost nine on Highway 3564, near Sunrise Bridge and the area that used to be Sunrise Park.

With the help of a group of tubers who were on the river, deputies began administering first aid and evacuating the victims. Knudson said that two were airlifted to Regions Hospital, with the others traveling by ambulance. Paramedics took the 17-year-old to Lakeview Hospital, where he was pronounced dead.

Witnesses helped lead deputies to the suspect, who had fled about three-quarters of a mile upstream, and they arrested him roughly an hour and a half after the incident began, Knudson said.

Asked to describe the scene, Knudson replied: “Chaotic. Scary. I’m sure that anybody that witnessed this will never forget it. So it is a tragedy.”

Knudson said investigators were still searching for the knife the suspect allegedly used. A news helicopter filmed a group of four deputies, who were accompanied by a police dog, wading into the water late Saturday afternoon. As a police drone flew overhead, another group of officers searched further downstream, picking through tall grass and discarded tires that had been dumped by the river bank.

Kat Fenton is an artist and musician who has lived in the area for 25 years. Her family owns property at Sunside part, near where the incident occurred. On Saturday afternoon, she was in her driveway when she saw a car speeding down the street. When she waved at the driver to slow down, he stopped. Then, she noticed he had blood on his shirt and was crying.

He told her his son had been stabbed and was one of the survivors who had been airlifted to Regions Hospital. She got in the passenger seat and led him to where law enforcement was gathered near the scene.

“I knew I needed to help him… So at that point, I got in and I touched his arm and I just said.’I’ll get you through this. I’ll. I’ll show you where you need to go,” she said.

She was in disbelief that this happened by the river, where people often go cool off and enjoy summer days.

“I’ve never seen anything like this… This is not okay. People just come here to have fun,” she said.