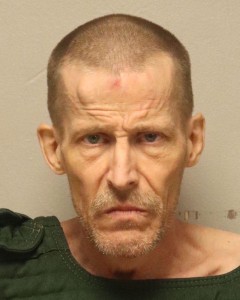 UPDATE (August 2, 12:00 p.m.)- A 53 year-old man from Virginia was charged after a burglary and barricade situation occurred at a home in Virginia on Friday, according to the Virginia Police Department.

Mark Williams, who did not have permission to be in the home and injured officers after he barricaded himself in was officially charged Monday.

Officials say he had a knife and refused to come out, threw a fire extinguisher and other objects at officers, while threatening to blow up the house.

Williams was charged with Burglary in the First Degree, Threats of Violence, and Obstructing Legal Process.

The maximum sentence for his burglary charge is 20 years and/or $35,000, according to a criminal complaint.

VIRGINIA, Minn. – There were scary moments Friday for a homeowner in the city of Virginia after an unknown man was found barricaded in their basement-garage area.

Virginia police and St. Louis County deputies were called in.

The suspect would not comply with officers to get out.

In the process, a deputy and three Virginia police officer suffered minor injuries.

A K9, Taser and less lethal methods were deployed for a successful arrest.

The suspect is facing preliminary charges of assault, burglary and threats.