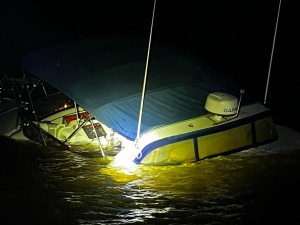 At 10:50 p.m. the St. Louis County Sheriff’s Office responded to a water emergency at the Minnesota/Wisconsin point of entry on Lake Superior.

Officials say five adults were traveling when the boat they were on hit the break wall on the Minnesota side. The boat then took on water and beached on the rocks.

Everyone on the boat was able to make it to land safely with assistance from responding emergency agencies. No injuries were reported, according to a press release.

The boat is still beached on the rocks at this time. 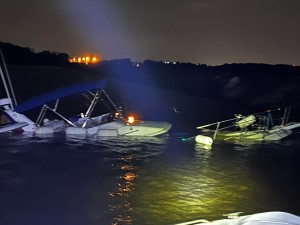