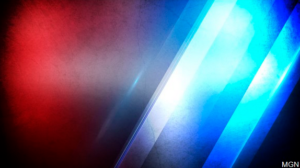 HIBBING, Minn. — The Hibbing Police Department believe they have found human remains of a man that went missing exactly a month ago.

On July 22, 49 year-old Jesse Crabtree was considered a missing person after authorities learned that no one had been in contact with him since earlier that month.

According to a press release, Crabtree’s car was found abandoned in the woods near a bike trail in Chisholm.

On Sunday, a search was conducted near where Crabtree’s car was found. Search teams came across human remains that are believed to be Crabtree’s, found on the side of a cliff not far from his car.

Police say the remains have been taken to the Midwest Medical Examiners Office to conduct an autopsy.

The Hibbing Police Department reports that no foul play is being suspected in regards to Crabtree’s disappearance.