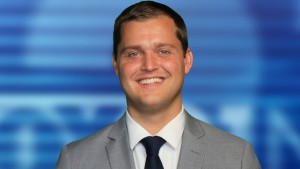 Neil joined Fox 21 in August of 2022 as their Sports Director.

He was born in the city of St. Cloud, MN, a town just an hour north of the Twin Cities. And has spent much of his life in the state of Minnesota.

Vierzba went to St. Cloud Cathedral where he would letter in football and basketball. That would later lead him to an opportunity at Central Lakes College where he would also play football collegiately and obtain his AA degree. Following his two years in Brainerd, he made his way to the Twin Ports as a student/athlete for the College of Saint Scholastica, playing part in Scholastica’s two UMAC titles in 2014 and 2015.

After a year in a half in the capital city of North Dakota, he is excited to return to the Twin Ports and cover teams he knows very well from his previous stints.

When not at the desk, Neil is usually catching a game of his favorite teams. (Vikings, Twins, Timberwolves)

If you have a story idea, you can reach him at nvierzba@kqdsfox21.tv.