Gregory Swanson was originally charged with one count of homicide by use of a vehicle in July. 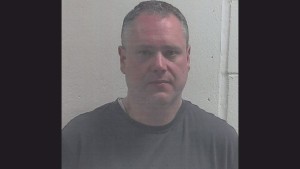 SUPERIOR, Wis. — The Superior Police Sergeant accused of causing a car crash that killed two people, and injured two others is no longer with the department. He has also been charged with 11 additional crimes.

Gregory Swanson already faced one count of homicide by use of a vehicle in the July 15 crash after a 23 year-old man died. But four days later a child also died of injuries.

This week Swanson was charged in that second death, as well as for injuries to a surviving mother and child.

They include homicide and injury by use of a vehicle with a prohibited alcohol concentration. He was also charged with hit and run resulting in death and injury.

The complaint said the two witnesses saw a damaged vehicle leave the scene, and drive to a Holiday gas station. At the station another witness said they saw Swanson putting alcohol beverages in a garbage can.

Swanson is now a former police sergeant. Superior Chief Nicholas Alexander confirmed to Fox 21 that Swanson has been off the department since early this month. His statement is below.

“Mr. Swanson is no longer employed by the City of Superior. Early on I discussed the two options I believed existed for him. One option was I seek termination through the formal PFC process and the other being he resigns. Both options led to the same outcome – him no longer employed by the City. He tendered his resignation effective August 4th, 2022.”

Swanson is out of jail on bail, and his next court appearance is September 19.