UPDATE: Body Of Missing Man Found Who Did Not Return From Cabin In Side Lake 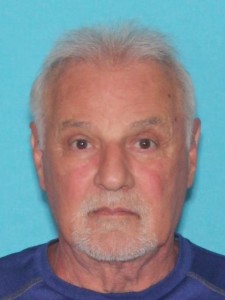 UPDATE (September, 7, 4:50 p.m.) — The man who has been missing from Northern St. Louis County for more than a week has been found dead.

The St. Louis Rescue Squad flew over parts of Chisholm and Hibbing, and sent vehicles searching on the ground Monday.

The rescue squad found his truck off of Turtle Creek Road in Itasca County.

Itasca County Sheriff’s Office discovered his body in the woods nearby, Wednesday morning.

His cause of death is under investigation.

SIDE LAKE, Minn. — Authorities are still looking for a man from Side Lake who has now been missing for over a week.

72 year-old James Frederick Napoli was last seen on August 28. He was on Sturgeon Road near his cabin in Side Lake.

The next day he was supposed to head to his home in Zimmerman, but Napoli has not shown up, and he has not been seen since.

St. Louis County Sheriff’s Deputies went to his cabin to check on him, but Napoli was not there, and his car was also gone.

The St. Louis County Rescue Squad has flown over parts of Chisholm and Hibbing, as well as sent vehicles searching on the ground. They have had no luck.

There is also a Facebook page called “Bring James Napoli Home” with over 1,000 people coming together to search for the man.