Minnesota High Court To Hear Debate On Cameras In Courtroom 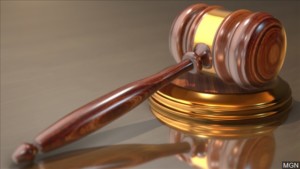 ST. PAUL, Minn. (AP) — The Minnesota Supreme Court will arguments on whether to permanently allow cameras in the courtroom, following trials by ex-police officers Derek Chauvin and Kim Potter that were watched by millions of people around the world.

An advisory committee made up of Minnesota judges, attorneys and court personnel is recommending the court continue its routine of keeping out cameras. Minnesota media outlets and advocacy groups say it’s time the state embrace the technology like neighboring Iowa, Wisconsin and North Dakota.

Minnesota’s top court is scheduled to hear arguments on the issue Tuesday.

Presiding Hennepin County District Court judges were initially opposed to cameras in the courtroom for the notorious trials of Chauvin for the murder of George Floyd, and Potter for the killing of Daunte Wright. Both judges, Peter Cahill and Regina Chu, changed their minds in part because of immense public interest and COVID-19 limitations.

“The fact of the matter is that these are incredibly emotional times, difficult times for all the parties that are involved,” said Minnesota State Public Defender Bill Ward. “Justice should not be a spectator sport and should not be something that’s sensationalized in the news media.”

Mankato Free Press Managing Editor Joe Spear wrote to the court that the presence of a camera doesn’t change the truth.

“It only shines more light on it,” he said.

This version has corrected the spelling of Chauvin in first paragraph.