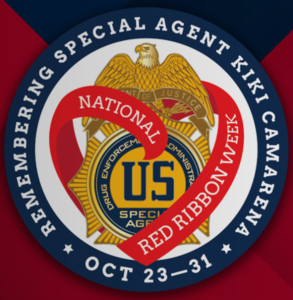 DULUTH, Minn. — The Duluth Police Department is bringing awareness to drug problems in the City by putting red magnets on their squad cars.

The department says they are partnering with the Drug Enforcement Administration in the “Red Ribbon Campaign” during the month of October. The DEA is providing the magnets.

“The red magnets will honor Enrique Camarena and also bring attention to the inherent dangers of drugs in our community,” said Chief Mike Ceynowa in a press release. “We all can do a part in creating a drug-free community and supporting those who are suffering from substance use disorders.”

Camarena, a DEA Special Agent was killed by drug traffickers back in 1985.

The DPD say to reach out to the Substance Use Response Team if you are in need help related to drug use.