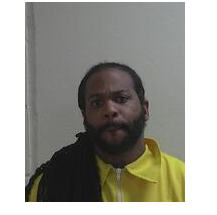 ST. LOUIS COUNTY, Minn. — An Eveleth man was convicted of murder on Monday after selling fentanyl to a woman who died from an overdose on it.

Prosecutors say he sold fentanyl to a 33 year-old woman named Brooke Miller from Virginia in October of 2021.

She was looking to buy heroin. Later that day, Miller’s boyfriend found her unresponsive in their apartment and called 911. First responders tried to revive her, but it was too late.

The Lake Superior Drug and Violent Offender Task Force teamed up with the Virginia and Eveleth police departments to investigate who sold Miller the deadly drug, and it led them to Wallace.

The Task Force says that they are seeing fentanyl mixed into more drugs, and it encourages those who are battling addictions to reach out for help.

They cite the Arrowhead Regional Crisis Line as one resource that offers support for substance abuse. The phone number is 844-772-4724.