UPDATE (September 29, 3:45 p.m.) — The man who had been missing for almost a week was found Thursday afternoon.

Seth Genereau was missing after stealing cars and fleeing from the police. He had already been wanted for other crimes including vehicle theft.

The Bayfield County Sheriff’s Office said Genereau is in their custody and that he and all officers involved are safe.

BAYFIELD, Wis. — The Bayfield County Sheriff’s Office is asking for Wisconsin resident’s to be on the lookout for a man who is allegedly stealing cars and fleeing from the police.

Authorities say the suspect, Seth Genereau who stole the vehicle has already been wanted for stealing a vehicle before, among other crimes in Clintonville, Wisconsin.

The Iron County Sheriff’s Office located the stolen vehicle in Iron County and attempted to stop Genereau in a high-speed chase. Authorities say he hit another car, but kept driving back to Bayfield County.

Bayfield County deputies then found the car on Friendly Valley Road, but Genereau had already abandoned the car and stole another vehicle. He got that vehicle stuck a few hundred yards away and ran into the woods.

Bayfield County Sheriff’s Office say they are actively searching north of Washburn in the Maki Road area as Washburn is where he is allegedly going. They are encouraging residents to lock their doors and vehicles and be on the lookout as he is likely to steal another vehicle.

Genereau is using wooded areas to stay out of sight. If anyone sees him they should call 911. 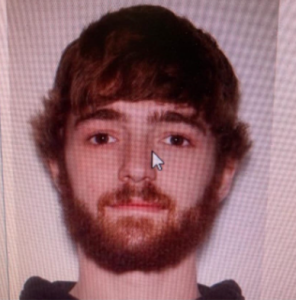