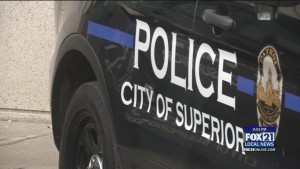 SUPERIOR, Wis. — On Thursday, a man is in custody after allegedly threatening to enter a Superior daycare with a rifle, to retrieve his child.

The Superior Police Department said they got a report from a woman around 1:00 p.m. saying the father of her child was threatening to enter New Horizons Children’s Center with a rifle to retrieve their son. He said if police showed up he’d get in a gun fight with them.

Police told the daycare adjoining Mariner Business Center, and nearby schools to lock all doors.

Police say they located the 33 year-old suspect on a trail near the daycare.

He was safely arrested and was not armed. Police say no one was injured.