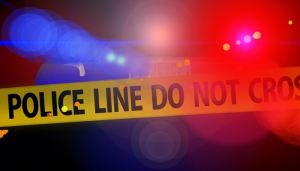 DULUTH, Minn. — Four days after a shooting in downtown Duluth, the Duluth Police Department released details about it Wednesday evening, and the announcement came with news of an arrest.

A 23-year-old man was arrested by Cloquet police Wednesday in connection with the shooting.

The victim is a 19-year-old man. He suffered non-life threatening injuries.

Police said the shooting happened around 12:05 a.m. Saturday on the 100 block of West First Street, which is often busy with nightlife at that time of the weekend involving the bar scene.

The suspect was in the St. Louis County Jail Wednesday on preliminary charges of second-degree assault, reckless discharge of a firearm and being a felon with a firearm.

Newly appointed Police Chief Mike Ceynowa told FOX 21 Wednesday night that investigators felt it was important to delay releasing information about the shooting to be able to safely and successfully make an arrest in the case.

FOX 21 does not normally name suspects until they are formally charged.