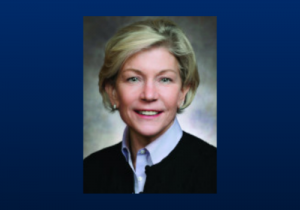 MADISON, Wis. (AP) — The father of a 5-year-old girl who died in a car crash involving Democratic Senate Minority Leader Janet Bewley has filed a wrongful death lawsuit against the lawmaker.

The lawsuit was filed Friday in Ashland County Circuit Court by Brandon Fink, father of Khaleesi Fink, who died with her mother Alyssa Ortman in July, the Milwaukee Journal Sentinel reported Tuesday. The lawsuit names Bewley and three insurance companies as defendants.

Bewley, who represents a state Senate district that covers the northwestern part of the state, pulled out of a Lake Superior beach entrance on July 22 and into the path of a car driven by the 27-year-old Ortman of Pennsylvania, according to the Ashland Police Department. When Ortman’s car collided with Bewley’s, it spun across Highway 2 and was hit by another vehicle driven by Jodi Munson of Washburn.

Ortman’s 5-year-old daughter was pronounced dead at the crash scene. Ortman was taken to a nearby hospital where she later died, according to police.

The Ashland Police Department crash report, obtained by The Associated Press, says Bewley was distracted by her hands-free mobile phone at the time of the crash.

Bewley’s spokesperson did not immediately return a message seeking comment.

Ashland County District Attorney David Meany said his office has started receiving law enforcement reports on the crash but that any decision on whether to pursue charges is pending a complete review of the case. It’s unclear how long that process may take, he said.