Garfield Avenue Closed Earlier Due To Oversized Truck Being Stuck

Garfield Avenue opened back up to traffic at 12:50 p.m. 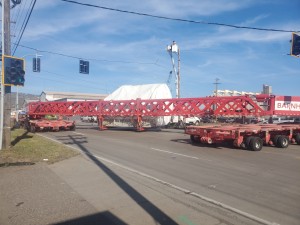 DULUTH, Minn. — A main road in Duluth was closed earlier Monday due to an oversized truck load being stuck.

It was blocking the intersection of Garfield Avenue and Helberg Drive. As a result, shortly before 12:30 p.m., the closure backed up any Duluth-bound vehicles trying to come off the bridge.

The Blatnik eventually became a parking lot. Some drivers say it took them more than 20 minutes to cross the bridge, as both lanes to Duluth were bumper to bumper.

Vehicles were directed to use the Bong Bridge until the headache could be cleared up.

According to MnDOT officials, Garfield Avenue was opened to traffic at 12:50 p.m. 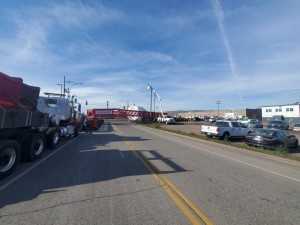