Dip On 21st Avenue East And 2nd Street May Cause Issues 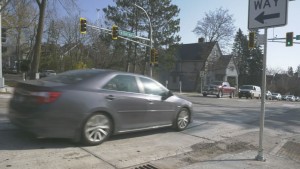 DULUTH, Minn. — There was a big relief when a major Duluth roadway opened up Monday, but now there may be some additional headaches.

21st Avenue East was closed for much of the summer. It is a major artery heading up and down the hill. But now that its open again, many drivers have noticed an issue where it crosses 2nd Street.

The problem for some cars and drivers is a low spot without much clearance for the vehicle. A spokesperson for the City of Duluth acknowledges there may be a problem connected with the design.

She said they are aware of the issue of a dip and then a potential bump coming out of it. The City said it is related to the crosswalk over 21st having slope of less than 2%.

The City said the flatter crosswalk is needed to comply with guidelines under the American Disabilities Act.

The City is talking to contractors about finding a solution.