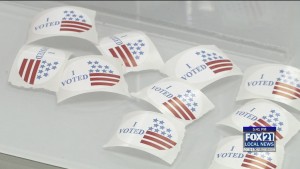 (FOX 9) – A one-party sweep of Minnesota’s statewide races has been the norm since the mid-2000s, but a split result in Tuesday’s election looks not only possible, but likely.

DFL Gov. Tim Walz and Secretary of State Steve Simon held leads on their respective Republican challengers, Scott Jensen and Kim Crockett, according to polling conducted in October by MinnPost/Embold Research and KSTP/SurveyUSA. But Republicans Jim Schultz and Ryan Wilson were tied with or leading the Democratic incumbents in the attorney general and auditor races.

Kathryn Pearson, a University of Minnesota political science professor, said the reason there haven’t been more split results in the statewide races is that most voters — 90% nationwide — vote their entire ballot for one party or the other.

Still, the 2022 races are so close that a small number of split-ticket voters could sway the results, she said. So too could voters who pick a candidate in the governor’s race but not the downballot candidates for attorney general, secretary of state, or auditor.

“It is possible that Walz could be re-elected narrowly and the drop-off in party loyalty among Democrats or independent voters means that Ellison wouldn’t,” Pearson said.

The four Republican candidates aren’t all campaigning with each other. Schultz and Wilson are making some stops together, while Jensen and Crockett appear together at others, including a veteran’s rally at the state Capitol on Friday.

By contrast, the DFL candidates have hewed closely to the statewide bus tour that their party is conducting.

“The DFL is trying to avoid that situation (a split result) by having the candidates come together. But these are distinct races, and so it certainly is possible,” Pearson said.