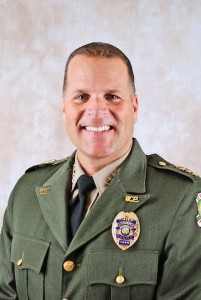 DULUTH, Minn. – Newly elected St. Louis County Sheriff Gordon Ramsay is part of a legal complaint against his former employer, the city of Wichita, claiming internal corruption and cover-ups within city hall and retaliation against him when he was police chief there.

According to The Wichita Eagle, Ramsay has joined three deputy chiefs in the complaint.

For Ramsay, he’s accusing the city manager, HR director and the police union of defaming and retaliating against him for trying to change an “abhorrent subculture” within a small number of employees on the police department through greater transparency and accountability.

According to The Wichita Eagle, Ramsay is demanding $400,000 in the settlement to be specifically used toward hiring an independent investigator to look into ongoing complaints within Wichita City Hall, including findings and disciplines against city employees, and to report those findings to the public.

The city manager has denied allegations of corruption, according to the paper.

Before Wichita, Ramsay was the longtime police chief for the Duluth Police Department.

FOX 21 reached out to Ramsay by phone Wednesday night.  He declined to comment about the legal complaint at this time.