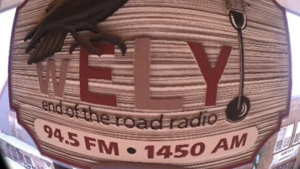 (FOX 9) – Months after a beloved radio station in Ely, Minnesota, faced its imminent shutdown, the airwaves will remain loud after a new owner has been found.

Radio stations 1450 WELY and 94.5 WELY-FM Ely MN – known for its “End of the Road Radio” tagline – announced in May the sister stations would go silent after the Bois Forte Band of Chippewa, which has owned the stations since 2005, announced it failed to secure new owners for the outlets.

At the time, the Bois Forte claimed it had lost $1.7 million in its 17 years of owning the stations, according to a press release. WELY-AM debuted in 1954, while WELY-FM followed in 1992.

The sundown of the stations was delayed until Sept. 1 and then again to Dec. 1 as they sought a buyer. Without one, the stations’ one full-time employee and eight part-timers were set to be laid off, according to the announcement.

But according to a recent announcement, Mike Oberg’s Zoe Communications will acquire the stations for $130,000.

The stations will go silent on Dec. 1, but it will only be temporary until the Federal Communications Commission (FCC) can finalize the closing of license transfers. The company will relocate its studios out of the building, which will be retained by the tribe.

A full statement about the purchase can be found here.