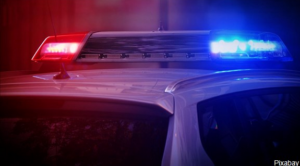 BACKUS, Minn. — A traffic stop resulted in an arrest after drugs were found in the driver’s vehicle.

A K9 was used as part of the investigation and located about 50 grams of suspected methamphetamine.

The Sheriff’s Office says the 60-year-old driver was arrested on charges related to Possession of a Controlled Substance and Driving under the Influence.

Fox 21 does not normally name suspects until they are formally charged.