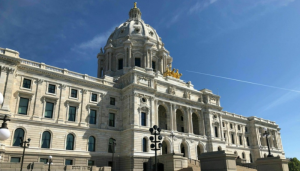 State budget officials on Tuesday projected that Minnesota has a surplus of $17.6 billion between now and June 2025. Higher-than-expected tax receipts and the state Legislature’s failure this year to agree on an $8 billion tax cut and spending package contributed to the glut of additional money, officials said.

Gov. Tim Walz and state lawmakers look to the forecast as they get ready to propose and debate a new two-year state budget in 2023. The budget was $52 billion over the past two years.

Several billion dollars of the surplus is already “in the bank,” meaning lawmakers can count on it. But the projection for tax collections in future years is less certain, especially as an expected recession looms.

The divided Legislature’s failure to agree in 2022 punted the issue to 2023, as both parties gambled that voters would give them more control. Democrats won the bet; voters gave them the House and Senate while re-electing Walz in November. That gives the DFL a trifecta of control at the state Capitol for the first time in a decade.

In recent days, Walz has called for an increase in public school funding, more grants to expand daycare options, and funds for infrastructure projects across the state.

“I think we are sitting at a golden opportunity,” Walz said during a speech to county officials on Monday. “We have a budget surplus, and we have long-term financial stability for the state of Minnesota to tackle some of those issues that we know continue to grow.”

Many initiatives, including a paid family leave program, are less certain and will rely on full agreement within the House and Senate DFL caucuses that hold slim majorities.

This story is developing and will be updated.