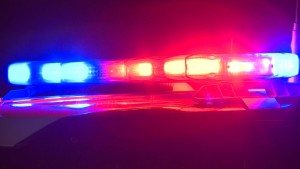 Duluth Police Officers, members of the Tactical Response Team, and Deputies from the St. Louis County Sheriff’s Office all went to the 4700 block of Decker Road to arrest the 29-year-old Department of Corrections Fugitive.

The Duluth Police Department says the man left a residence and then tried to flee from a law enforcement vehicle.

The 29-year-old was brought to the St. Louis County Jail for a DOC hold, a Felony Domestic Assault Warrant, Fleeing in a Motor Vehicle, and 3rd Degree Sale of Fentanyl.