DULUTH, Minn. – A Twin Cities law firm says a whistleblower lawsuit is being prepared against the Duluth Area Chamber of Commerce.  This comes after a longtime staff member, Martha Bremer, was fired last month, according to David Schlesinger, an attorney representing Bremer.

Bremer was with the Duluth Chamber for eight years as the director of FUSE and Leadership Duluth.  She said she was terminated after raising concerns about the process used to hire Daniel Fanning in mid-September after he resigned from the chamber board. 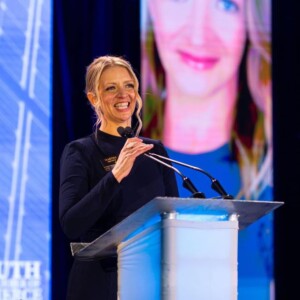 Bremer released the following statement through her attorney:

“This has been a trying time for me and my family and I am declining further interviews right now. For now, I can confirm that my employment was terminated on November 10, 2022, despite eight years of positive performance reviews, including one conducted by Mr. Baumgartner in April 2022. The alleged performance issues resulting in my termination arose immediately after I reported concerns about the process and diversity, equity and inclusion issues underlying the hiring for a leadership position, as well as my related questions through proper board channels. Following my reports, I continued to represent the chamber effectively, both internally and externally, with the same commitment and passion as I brought to my job for the past eight years. I am grateful for the support from others in the community who share the same concerns, but I appreciate privacy at this time.”

“As the Director of Fuse and Leadership Duluth, Martha served as a leader during her eight years at the Duluth Area Chamber of Commerce. When the Chamber hired its former board chair to head a new foundation within the organization under circumstances that raised the appearance of impropriety, Martha raised appropriate questions. Soon thereafter, the Chamber terminated her employment. But Martha’s leadership continues. We are proud to represent her.”

Meanwhile, Chamber President Matthew Baumgartner said personnel matters are confidential but that Bremer’s termination had nothing to do with her complaints. 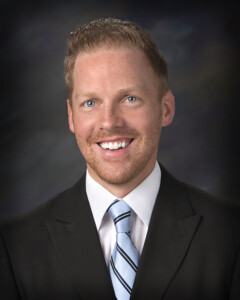 “Personnel matters of the Chamber are confidential and we wish Ms. Bremer nothing but the best in her future endeavors. The departure of Ms. Bremer was completely unrelated to the Duluth Area Chamber of Commerce launching a 501c3 Foundation and hiring Mr. Fanning to be the VP of Strategy & Policy as well as the ED of the Chamber Foundation.

In line with Chamber policies and current practices, Daniel was hired in mid-September after he had resigned from the board. The Press Release can be viewed here: https://duluthchamber.com/announcingchamberfoundation/.

Fanning’s hire was done in the exact same, consistent way that all current and former Chamber staff have been hired for over a decade. As far as Mr. Fanning’s hire, HR, legal, and board representation were involved and consulted. It is important to note that Duluth Chamber by-laws clearly state the President of the Chamber has the authority to conduct all hirings and firings. In the spirit of cooperation and transparency, I have always kept our Board leadership, HR and legal teams in the loop and sought their advice on personnel matters.

i.    The President/CEO position is the only exception to this and has its own set of guidelines. The President’s hiring process is much more in-depth and requires an HR consultant leading the process. That HR consultant guides a search committee made up of current and non-board members. That committee vets candidates and makes a recommendation to the executive committee. The executive committee then makes a recommendation to the full board of directors, who ultimately must approve a final hire of a of a new president.

Most large Chambers operate with a 501c3 Charitable Foundation alongside of their 501c6 organization. This allows Chambers to fund value-based initiatives and support the work of the Chamber. The purpose of our Foundation is to support the work and mission of the chamber and strives to improve economic opportunities, equity, and improved quality of life through research, education, advocacy, participating in charitable activities, and support of individuals, businesses, entrepreneurs, and economic transactors. Due diligence was done on the Foundation beginning in September of 2021. It involved research, legal counsel, CPA counsel, and HR counsel, as well as monthly board input.

Additionally, most large Chambers have a policy person to lead advocacy efforts. Our Chamber was without that person for many years. Dan Fanning comes to us with 20+ years of government relations experience.

Again, we strive to keep personnel matters confidential and wish Ms. Bremer all the best in her future endeavors. Yet, the termination of Ms. Bremer was completely unrelated to the establishment of a Foundation and/or any other personnel matters. HR and legal consultants have been involved throughout this process, ensuring that we operate with the utmost integrity.”