Over 1,600 US Flights Canceled On Day After Christmas 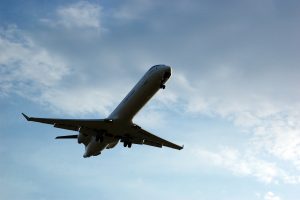 (FOX 9) — The deadly winter storm that hit much of the United States continued to impact holiday travel on the day after Christmas, with airline cancellations and delays adding up.

The extreme weather stretched from the Great Lakes near Canada to the Rio Grande along the border with Mexico. About 60% of the U.S. population faced some sort of winter weather advisory or warning, and temperatures plummeted drastically below normal from east of the Rocky Mountains to the Appalachians.

On Christmas Day, a total of 3,181 flights were canceled within, into or out of the U.S., while 7,319 were delayed, according to FlightAware.

Meanwhile, the country continued dealing with the impact of the massive storm, which killed at least 34 people nationwide and was expected to claim more lives after trapping some residents inside houses and knocking out power to tens of thousands of homes and businesses.

The National Weather Service said Sunday the frigid arctic air “enveloping much of the eastern half of the U.S. will be slow to moderate.”

New York Gov. Kathy Hochul said almost every fire truck in the city was stranded Saturday and implored people Sunday to respect an ongoing driving ban in the region. Officials said the airport would be shut through Tuesday morning. The National Weather Service said the snow total at the Buffalo Niagara International Airport stood at 43 inches at 7 a.m. Sunday.

Huge snowdrifts nearly covered cars and there were thousands of houses, some adorned in unlit holiday displays, dark from a lack of power.

Two people died in their suburban Cheektowaga, New York, homes Friday when emergency crews could not reach them in time to treat their medical conditions. Erie County Executive Mark Poloncarz said 10 more people died there during the storm, including six in Buffalo, and warned there may be more dead.

“Some were found in cars, some were found on the street in snowbanks,” Poloncarz said. “We know there are people who have been stuck in cars for more than two days.”

This story was reported from Cincinnati. The Associated Press contributed.