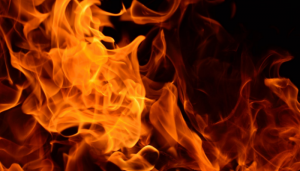 GRAND MARAIS, Minn. — A man and his dog are dead after a fire broke out around the Gun Flint Trail area Wednesday night.

But in one of the structures was a 50-year-old man from Cook County and his dog who could not be saved.

The Sheriff’s Office says crews stayed for a little over 3 hours to take out the flames.

The Minnesota State Fire Marshall is investigating the cause of the fire as it is unknown at this time.