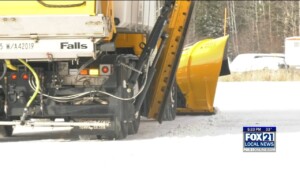 Union President Erik Skoog told Fox 21 a big request for the union was to increase money for cold weather gear for employees. The union asked for $500 a year, and the county offered $150. The two sides settled at $250 a year.

Along with the wage increase, all union employees will receive a 25 cent per hour use allowance. There is also a stipend that can be used to get crane licensures for bridge workers.

The agreement comes after 5 months of negotiations.