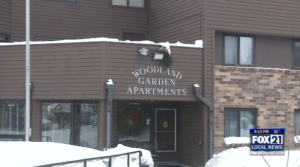 DULUTH, Minn. — The Minnesota Department of Health says two cases of Legionnaires’ Disease have popped up in a Duluth apartment building.

One case happened in October, and the other was in December.

Both people were living in the Woodland Garden Apartments, which is for low-income seniors. This type of pneumonia is caused by certain bacteria spreading through contaminated droplets in the air that infects a person when they’re breathed in, but it doesn’t spread person to person.

The department did not say what the conditions are of those who were infected or what the source of the bacteria may be. Symptoms include shortness of breath, muscle aches, and coughing.

If you’ve been inside the Woodland Garden Apartments and have those symptoms, see a doctor right away.