Duluth City Hall Open After Being Closed Due To Water Leak 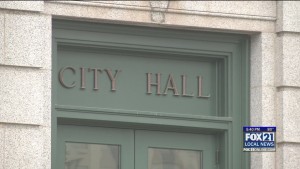 DULUTH, Minn. — The Duluth City Hall reopened Tuesday after being closed for 6 days due to a water leak.

The building was shut down, and workers and the public sent home, after the leak was discovered last Wednesday.

Tuesday, employees were back at it, and citizens could get back in to take care of business. It was the first day FOX21 was allowed inside the building since it was closed. It all started when a worker accidently cut a water pipe.

The City says it does not have a damage estimate yet, but did provide FOX21 this statement:

“At this time, the City is working closely with the project contractor and both are still assessing the full extent of damages and costs related to the water leak and are not able to provide anything concrete until those assessments are complete.”

The City has said the biggest potential for damage is hidden moisture, as well as damage to stone and ornamental finishes on a small section of the rotunda.