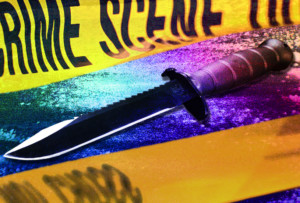 DULUTH, Minn. – Two men were under arrest Friday after police said they broke into a home in Duluth’s Kenwood neighborhood and stabbed three people they didn’t know.

A 53-year-old woman, 32-year-old woman and a 36-year-old man were all found stabbed. They were taken to a local hospital with non-life threatening injuries.

According to police, the two suspects knew a person who was in the home at the time of the crime but that they did not know the three victims.

A 22-year-old man and a 27-year-old man – both from Duluth – are being held at the St. Louis County Jail on multiple preliminary charges, including of second-degree assault and first-degree burglary.

Both suspects have the same last name, but police could not say Friday whether the two are related.

FOX 21 does not normally name suspects until they are formally charged in court, which could happen as early as Monday.