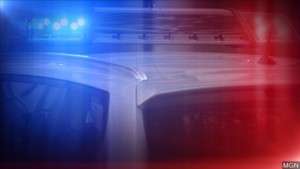 UPDATE (Jan. 6, 10:08 a.m.) — The man who died after the pickup truck he was driving collided with a train on Thursday has been identified.

The 56-year-old is Michael G. Froberg from Culver, Minnesota.

INDUSTRIAL TOWNSHIP, Minn. — A man from Culver is dead after the pickup truck he was driving collided with a train late Thursday morning.

The St. Louis County Sheriff’s Office says the collision happened at the intersection of Center Line Road and Industrial Road in Industrial Township at 10:00 a.m.

The 56-year-old man supposedly did not stop at the stop sign before entering the railroad crossing and hit a northbound Canadian National train.

The man was pronounced dead at the scene and no one else was in the vehicle, according to the Sheriff’s Office.

The name of the man is being withheld pending family notification.