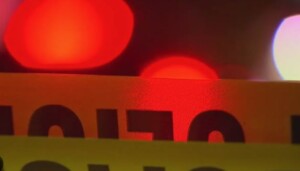 DULUTH, Minn. – Duluth police are investigating a stabbing of a 20-year-old woman who they say was caused by her boyfriend.

FOX 21 got a tip about this crime and reached out to the police department around 4 p.m. Monday after not receiving a press release about any such crime. Details were eventually released after FOX 21 had to specifically tell the department’s public information officer that the crime was believed to have happened in the morning.

The crime happened around 4:15 a.m. Monday in the area of North 24th Avenue West in the Lincoln Park neighborhood, according to Mattie Hjelseth, public information officer for the police department.

Officers located the woman who “sustained non-life-threatening stab wounds,” according to Hjelseth.

The woman was transported to a local hospital for treatment.

Upon further investigation, police identified a 19-year-old Duluth resident as the suspect and boyfriend of the victim.

Police said the man assaulted the victim, stabbed her and then took off in a vehicle.  An Aitkin County deputy later located the vehicle in McGregor, which is when the suspect was arrested.

He is being held on preliminary charges of second-degree assault and domestic assault.

This stabbing comes just days after a triple-stabbing in Duluth’s Kenwood neighborhood on Friday.