Gas Stove Ban ‘On The Table’ For Federal Agency: Reports 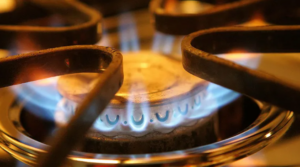 (Fox 9) — The U.S. Consumer Product Safety Commission is considering a ban on gas stoves as concerns surrounding indoor air pollutants from the appliances continue to rise, according to reports.

Bloomberg reported that the agency plans to act on the appliances because the pollutants can cause respiratory and health issues.

“This is a hidden hazard,” agency commissioner Richard Trumka Jr. told Bloomberg. “Any option is on the table. Products that can’t be made safe can be banned.”

Roughly 35% of homes in the U.S. have gas stoves that, according to reports, release carbon monoxide, nitrogen dioxide and other matter that the World Health Organization and EPA deemed unsafe because they can potentially cause cardiovascular problems, cancer and other health conditions.

Policymakers at the state and local levels are also pushing to get rid of gas appliances and exchange them for electric to reduce the use of fossil fuels.

But it is not that simple for some, including Ann Arbor Mayor Christopher Taylor, a Democrat, who served the mayor of the city since 2014.

In October, Taylor installed a new gas line and gas-powered fireplace in his home, despite pushes by the city to phase out fossil fuel usage and boost electrification.

For those who want to convert their gas ranges to electric, the Inflation Reduction Act signed in August offers rebates up to $840 for the purchase of new electric ranges. The inclusion was part of about $4.5 billion earmarked for helping low-to-moderate-income households electrify their homes.

Trumka told Bloomberg that the commission could issue a proposal on the matter as early as this year, but that would be “on the quick side.”

“There is this misconception that if you want to do fine-dining kind of cooking it has to be done on gas,” the commissioner said. “It’s a carefully manicured myth.”